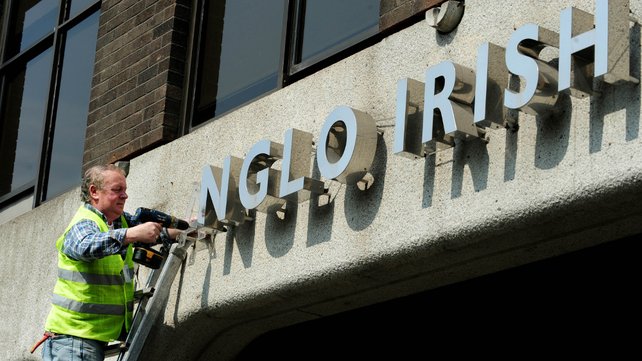 The Anglo Irish Bank saga rolls on, with little evidence that the people who brought this cancer into the Irish economy will be held accountable.

In April of 2014 I mentioned in my old blog that Sean FitzPatrick was found not guilty in his first criminal trial.

In July of 2014 I mentioned in my old blog that two men (Pat Whelan and William McAteer) were convicted of giving illegal loans to developers to buy shares in the bank but that the judge decided that they should not be fined and should not spend any time in jail. In the end they each got 240 hours of community service.

In July of last year, three people went convicted and sentenced in relation to hiding accounts, connected to the former chairman Sean FitzPatrick, from Revenue: Tiarnan O’Mahoney was given 3 year term, Bernard Daly 2 years, and Aoife Maguire 18 months. In December the Court of Appeal freed Maguire saying that the original sentence was “unnecessarily severe”. This month the convictions of the other two were quashed as the proceedings were not commenced within the 10 year limit.

On the 21st of January this year a trial commenced of four men: John Bowe, William McAteer, Denis Casey and Peter Fitzpatrick. They are charged with conspiring to defraud by misleading investors and depositors in Anglo Irish Bank. This trial is continuing.

Meanwhile David Drumm has arrived back in Ireland to face 33 charges, and has been freed on bail. Apparently up to 120 witnesses may be called during the trial. He has spent 5 months in jail in the US fighting extradition. It remains to be seen whether he will spend any time in jail in Ireland.

I mentioned in my old blog that Oscar Pistorius was sentenced to “only 5” years for the killing of Reeva Steenkamp.

In November of last year an appeal by the prosecution was heard by 5 Supreme Court judges. By a unanimous decision, the court overturned the “culpable homicide” conviction and found him guilty of murder in relation to her death.

I await with interest his new sentence which will be announced on 18 April.