Music and COVID and The Late Late Show

The Late Late Show did a great job during the early months of COVID. They educated and had a great focus on the front-line workers.

They also had lots of great musical guests and collected a huge amount of money for various charities.

Much credit to Ryan Tubridy and his team, and to Miriam O’Callaghan who stepped in when Ryan was hit with the virus.

Here are links to some of the great musical performances:

Dermot Kennedy – All My Friends

Sinéad O’Connor – Thank You For Hearing Me

But the one that really blew my away was the appearance by Gavin James. I love his song “Always” and I didn’t realise that he was Irish!! He’s a superstar!

Some nice things happened in relation to music over the period of the COVID lockdowns.

The first thing I remember was seeing people in Italy singing and playing instruments from their balconies.

Then people began to get creative about what could be done from home using technologies such as Zoom.

An early one was “True Colors – Camden Voices (self-isolation/virtual choir cover” from March.

In June we got “No Frontiers | Mary Black and Friends in aid of Women’s Aid Ireland“.

But then came the most fabulous one of all.  I simply do not tire of listening to (and watching) “Irish Women In Harmony – Dreams”. Congratulations to RuthAnne who started the initiative, and to all of the women who participated. and it’s all in aid of Safe Ireland, who support domestic abuse victims and survivors.

Before I leave the topic of ABC, I need to mention a short movie/extended music video which they released in 1983, a year after The Lexicon of Love.

The video, directed by Julien Temple, combined a thin story line with performances of the songs from the album.

All very glamorous (lots of shiny suits and drinking champagne) but pretty insubstantial. It has a score of 8.3/10 on IMDB which sounds pretty impressive until you hear that there are only 37 votes (all diehard fans like myself, no doubt).

The good news is that it’s all available to view on YouTube. Here is part 1:

And here are links to the other parts:

ABC – The Lexicon of Love II

Speaking of Prince (as I have been in my last few posts) Purple Rain is one of my two favourite albums. As I mentioned in my old blog, “The Lexicon of Love” by ABC is the other.

I was listening to Martin Fry on Ray D’Arcy’s radio show the other day, and I discovered that ABC released a sequel called (full marks for ingenuity) “The Lexicon of Love II” earlier this year. How exciting! Fry himself admitted that it is either very audacious or very foolish to release a sequel to something so successful and so beloved.

I listened to the new album over the weekend and (with the caveat that it was only the first time hearing it) I’m afraid that I don’t think it’s a worthy successor.

What I think is missing from the new album, however, is Trevor Horn. For me he was the genius behind the original album. One website claims that Horn was not available, while another says that Fry wanted to “try a slightly different direction”.

In the interest of fairness, I’ll have to give it another try.

Here is a nice arrangement called “Overture” from the original album:

Prince – Nothing Compares 2 U

I said years ago that if you just wrote one song of the quality of “When Doves Cry” that you could die happy knowing that you had achieved something really great in your life.

Prince, nothing compares 2 u.

Here is Prince himself singing that very song, made famous by Ireland’s own Sinead O’Connor:

If you have to look for a silver lining in losing Price far too soon (which is not at all easy) then one thing is that there seems to be a lot of new material about his highness appearing on the web (Prince’s people seemed to be very good at preventing this during his life).

Well perhaps they still are, because the first YouTube channel I was going to mention is now empty. It is called “Positivity” and contained lots of early versions of songs which were released later. Here is the link in case it starts to work again.

And here’s one called “Prince’s Friend“. And “Prince of Paisley Park“. And “Purple Reign“. And “Lifelinz“.

I guess we have the comfort of knowing that Prince famously has lots of unreleased material in Paisley Park and his estate may decide to release some of this in the future.

When you’re a genius, people tend to make allowances for strange behaviour. It’s often referred to as being eccentric.

He spent a few years with no name, for example.

Kevin Smith has videos on YouTube where he shares stories about Prince’s oddness.

But the strangest story about Prince must surely relate to the time shortly after he and his wife Mayte Garcia-Nelson lost their son, Boy Gregory, to Pfeiffer syndrome just a week after his birth. Obviously this was very tragic and was difficult for both of them to deal with.

The strange part of the story is that Oprah interviewed Prince and Mayte a few days later in Paisley Park and when Oprah asked Prince about the health of his son, he answered: “Well, our family exists. We’re just beginning it. And we’ve got many kids to have, a long way to go.”

Now that is very weird. And very sad. You can see it here: 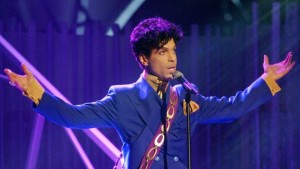 It’s been a tough year for losing icons of music.

On January 10th we lost David Bowie, just two days after his 69th birthday and the release of his album Blackstar.

On January 18th we lost Glen Frey of the Eagles, at just 67.

On the 19th my friend Peter sent me an email saying “Prince could be next!”

I replied saying that Prince was only 57 so there were lots of people to go before him.

I couldn’t believe my ears on April 21st when I learned that Prince Rogers Nelson had indeed passed away!

As he said in his song “Sometimes it snows in April” and “all good thing they say never last”.

The man was a genius. I was lucky enough to see him live in Malahide Castle in 2011.

It’s sad to think that a man like that was alone when he died and was only found the following morning.

There have been a number of surprises since his death which I will cover in a future post. But for now here is a clip of him playing in Malahide, including the aforementioned “Sometimes is snows in April”: