I mentioned the movie Blade Runner (one of my all time favourites) in a post yesterday.

By coincidence I learned two interesting things relating to the movie today:

Here is a picture of Ford and Hauer together in BR: 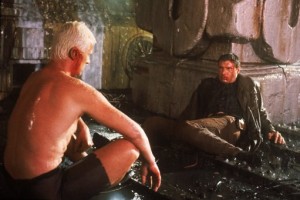