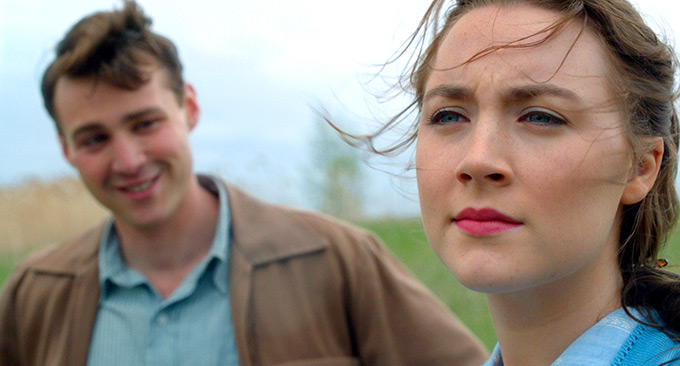 Speaking of Domhnall Gleeson (as I was in my last post), I went to see the movie Brooklyn the other day.

It’s light fare but very good and Domhnall (whom I like a lot) is very good in it, as he always is.

But the star of the show by far is Saoirse Ronan. She is just excellent. She has been nominated for a BAFTA and a Golden Globe and has already won a slew of awards including:

Fingers crossed for her in the Oscars.

There are also very nice appearances in the movie from Jim Broadbent and Julie Walters.

While the story is fairly light as I mentioned it is scoring 7.8 on IMDB at present which is very respectable. It is quite moving – my wife can certainly attest to its ability to provoke tears!

BTW: I saw Domhnall outside the Browne Thomas store before Christmas and I managed to resist the urge to go up to him to say how much I admire his work!

Here is a video of Kate Winslet talking to Saoirse about the movie: