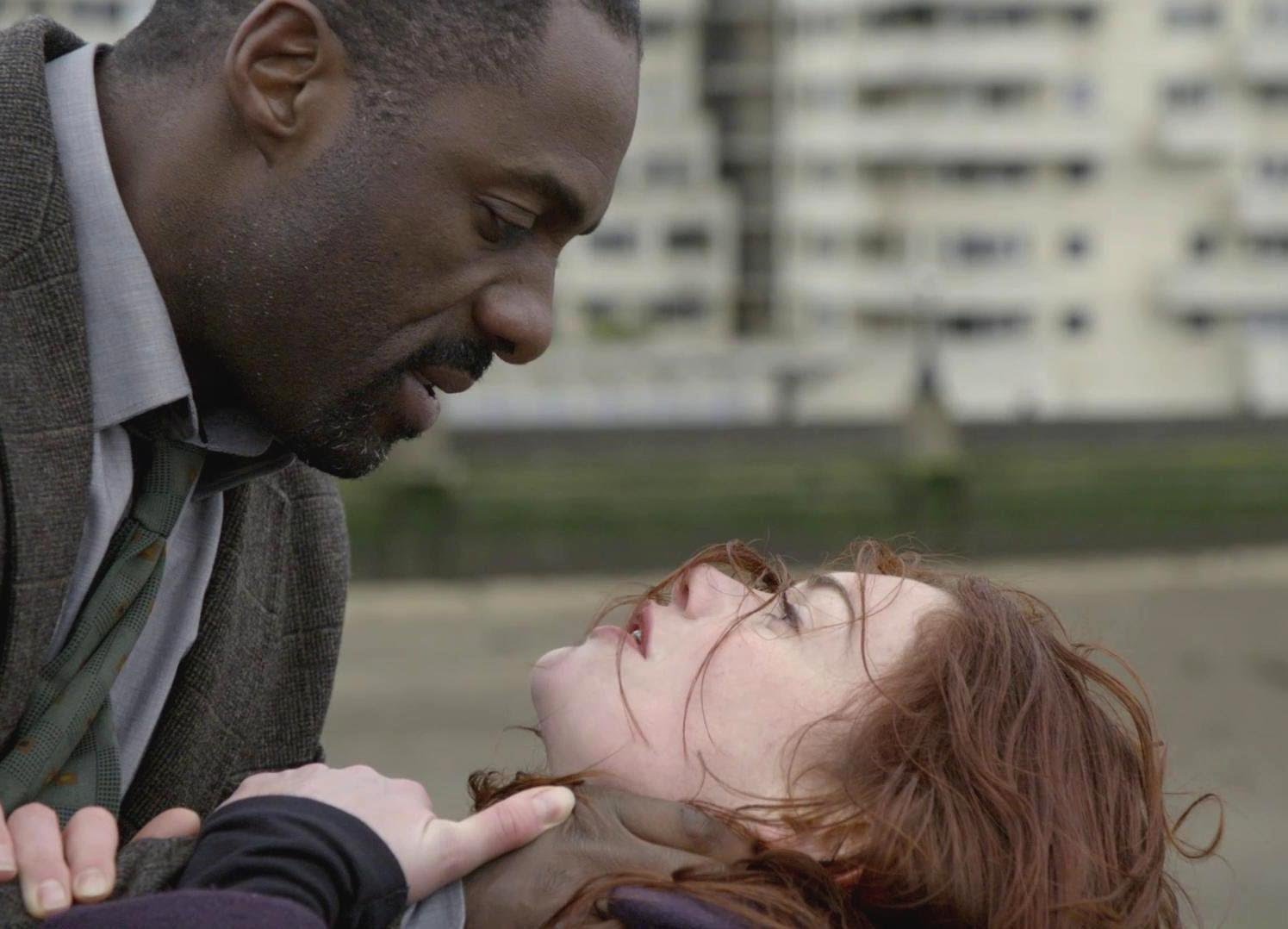 I mentioned the SAG awards in my last post. I notice that Idris Elba got two awards:

I haven’t seen the former, but I have been intending to mention how good the latter is for some time.

I watched Luther on Netflix on a friend’s recommendation and I was not disappointed. It is very well made, and very gritty (the found some really dreadful filming locations around London!). And some of the evil he confronts in very evil indeed.

The thing that really made the show come alive for me was the relationship between Luther and Alice Morgan, played by Ruth Wilson. Her character is completely intriguing and I hope we see more of her.

I say “see more” because there is a fourth season which is not yet available on Netflix. And there was talk of a possible movie and of a spin-off show focusing on Morgan. So we’ll have to wait and see.

And there are some Irish connections in the show: Dermot Crowley was born in Cork, and Michael Smiley in Belfast.

The photo above is a show of Luther and Morgan